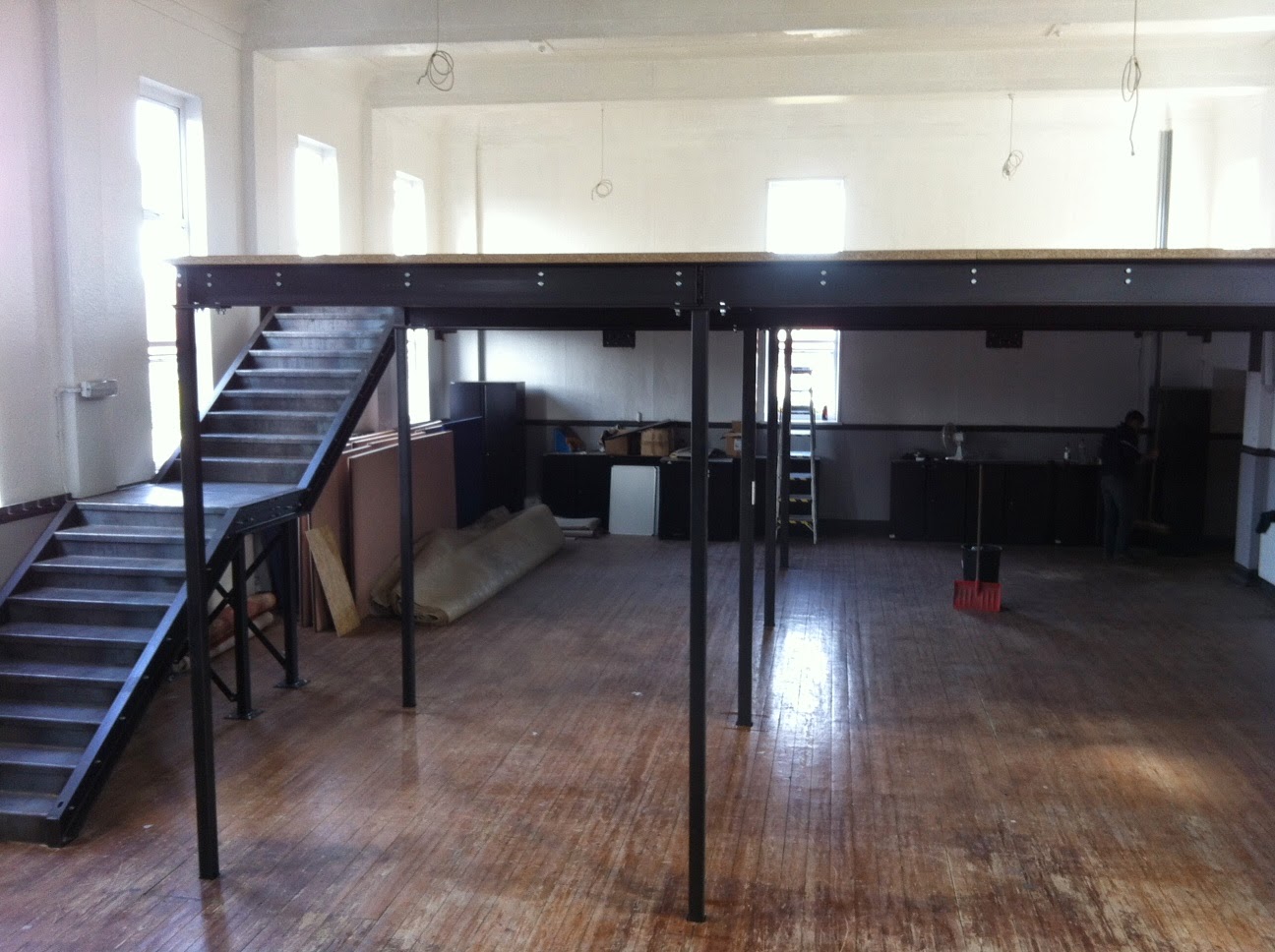 (Completed Structure ready for Glass Balustrade)
Alba Systems were approached to help a space problem at a busy Mosque that was especially crowded on  Fridays, the main prayer day. The Mosque is situated in an old church hall and a standard proprietary system was not a possible solution due to the wooden floor.
Based on our expertise of non standard applications we fixed into the brick building columns where possible and the main support columns were taking down into foundations in the basement area. 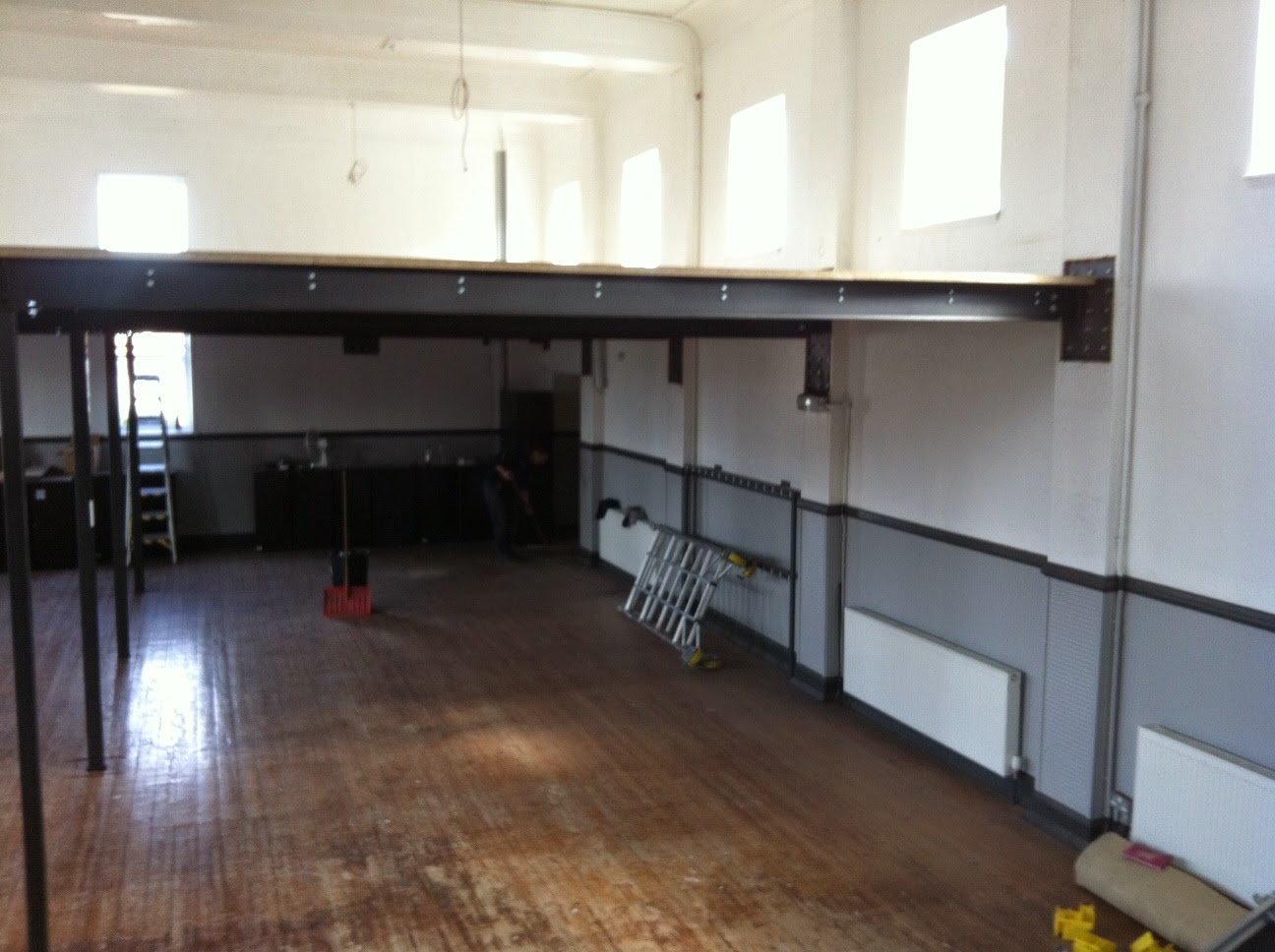 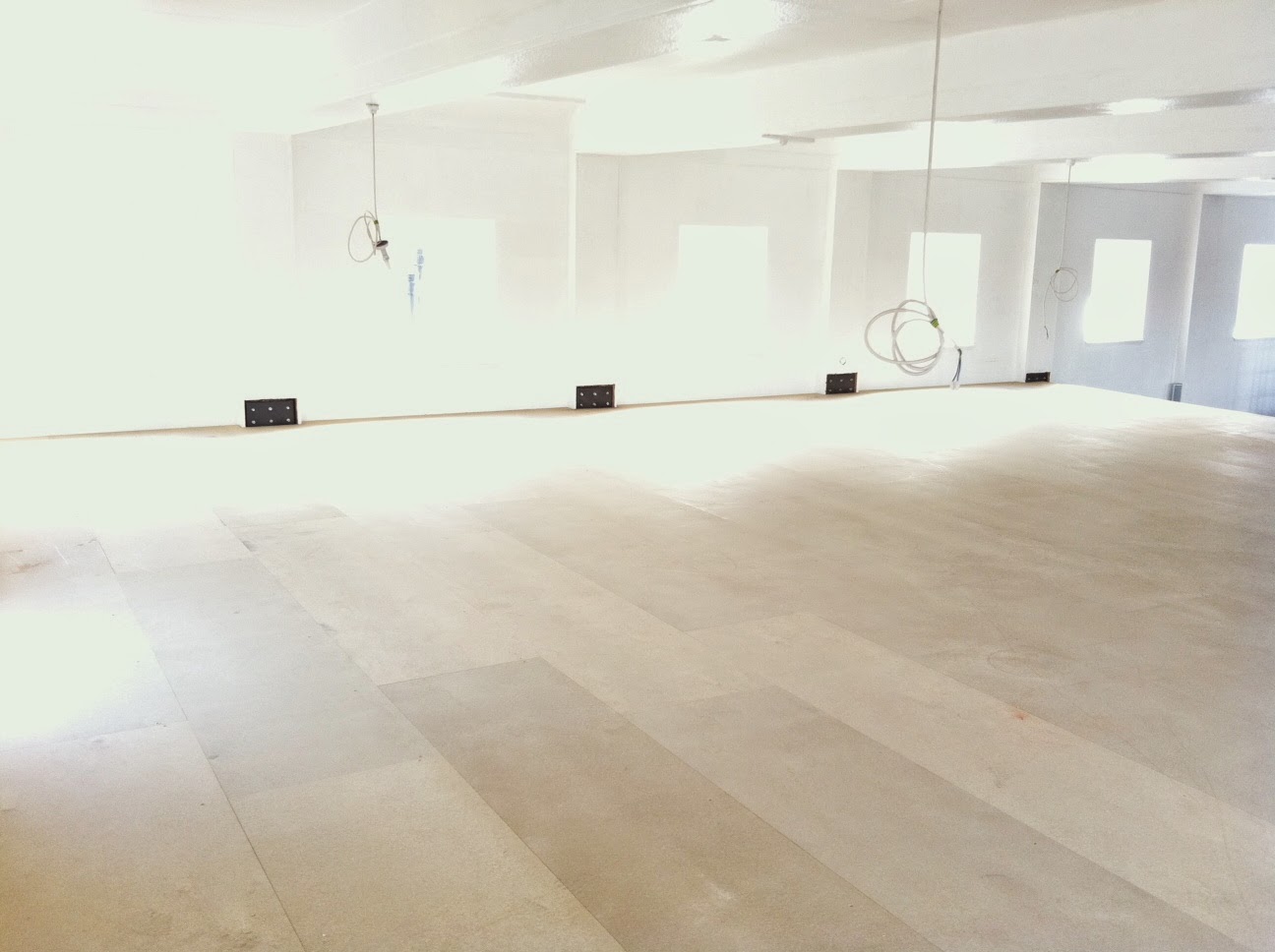 The upper level will be used as classroom space to teach young children and as additional prayer space.

Stuart Torrance of Alba Systems commented: "Most standard mezzanine floor manufacturers would pass up on a job like this as it requires a bit of in-house structural engineering and a lot of non standard details. Alba are gaining a reputation for being able to put in mezzanine platforms in the unlikeliest of spaces but still at a proprietary system cost.  The Mosque has now commissioned us to put in a similar mezzanine in their second hall on the same site"
Posted by Alba Systems at 09:30 No comments: